So....the second challenge of Miss SL was Mythical Goddesses. We had to choose a mythical goddess and style an outfit, and for that we should use at least THREE items from the current Fashion For Life 2015 fair. Any sold items there were allowed, as far as visible in our styling.

My choice for this challenge was based on my personal and real life tastes. I am a cat lover - Im mom of 3 cats -  and which best goddess to represent on this fabulous challenge than Bastet?
Bastet is the Egyptian goddess of cats, home, fire, sunrise, music, dance, pleasure as well as sexuality, fertility, family, pregnant women and children. Worshiped in the Delta city of Bubastis and usually depicted as a cat or in human form with the head of a cat, Bastet was seen as a protector of cats and those who cared for them. She was seen as The Sacred Cat and Egyptians placed a high regard for cats because of her. Any crimes made against cats were considered very severe and very unlucky.
As a cat and animal in general lover, I totally support the new law that punishes,with imprisonment, people who, without reasonable cause, inflict pain, suffering or any other physical abuse to a companion animal.

Posted by Serenity at 22:58 No comments:

Miss SL: first challenge: Why do you Relay For Life Here I go again in a new adventure, full of challenges, fun and new things to learn with. I am representing my mother's birthday country, Angola and I am in an amazing group of ladies and each one of them started beautifully last saturday, 21st March.

Very quickly... Our challenge was to create a look based on our answer to: Why do I Relay for Life?

And here is my answer and the description of my look.

I relay for life in the loving memory of one of my grandmothers: she couldn't fight lung cancer and passed away 11 years ago.

My look is in memory of my grandmother, who passed away of lung cancer. The Sunflower is a memory I keep from her and that memory became so important in my life that when I got married, instead of a bouquet, I hold a sunflower, so her memory could be present at that special day. For most of you what is going to be said might sound confusing, but this is the way I feel it: it doesnt matter the greatness of the sun or the short life of a sunflower. The point is, as the sunflower follows the sun during the day, I know my grandmother follows/is with me everywhere I go.

Style card:
Dress: a gown of my own creation using full perms items from Lyrical Bizarre and Gaury
Top: my own creation
Headpiece: Sunflower hat by Chiczafari
Jewerly: Euridice all in one by Lazuri
Hair: DES423 by booN
Eye makeup: Shiny Stare by Blush
Lipstick: brightness 4 (recoloured) part of Cinnia skin by Deetalez
Lips gloss: Gloss by Deetalez

Posted by Serenity at 22:51 No comments: Posted by Serenity at 23:22 No comments: 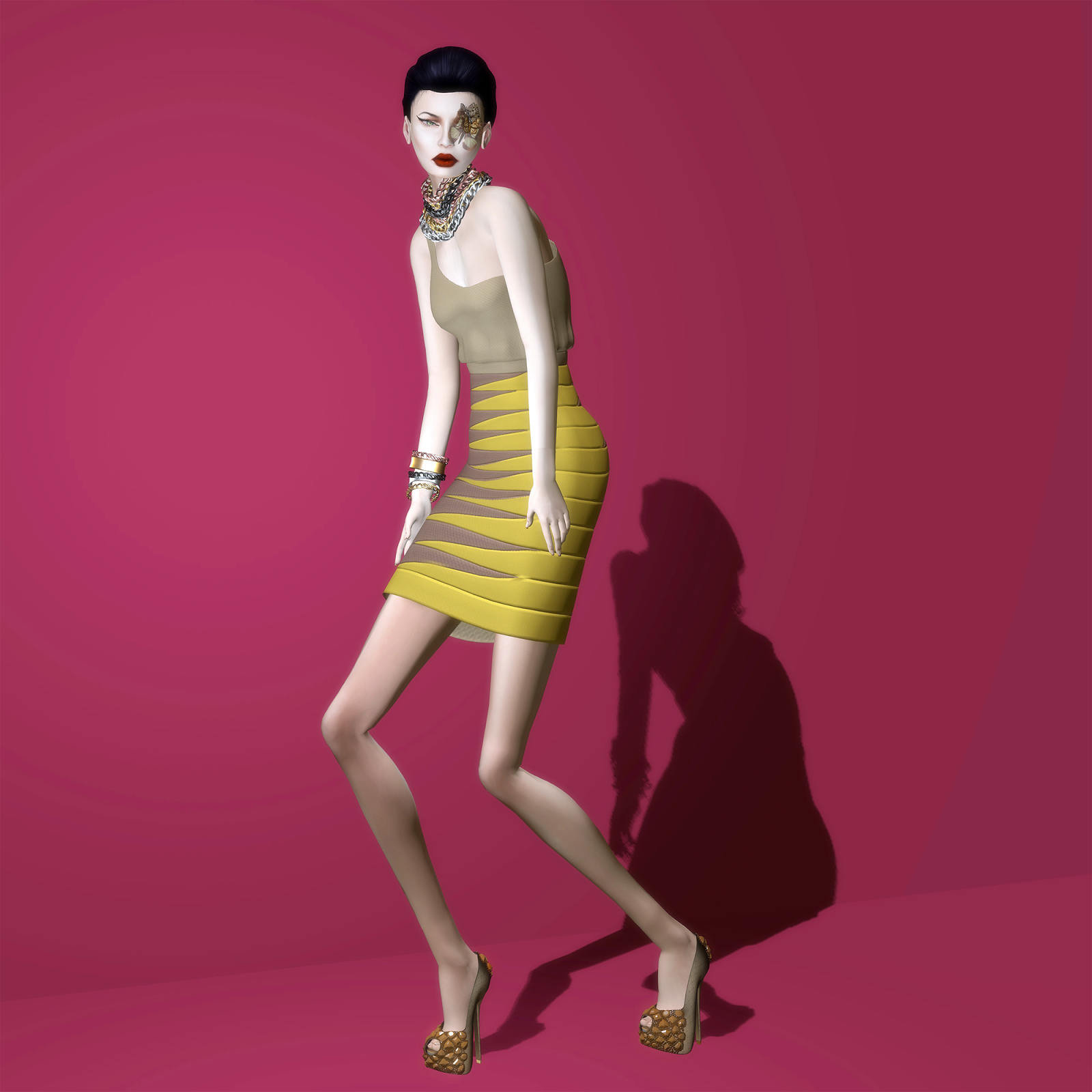 Posted by Serenity at 00:01 No comments: Another fabulous release, this time an exclusive, by Loovus Dzevavor. The name of this amazing dress is Revel and it only be available at The Couturier Docks! Hurry up and get it!! There are only 25 copies available!
Posted by Serenity at 21:57 No comments: 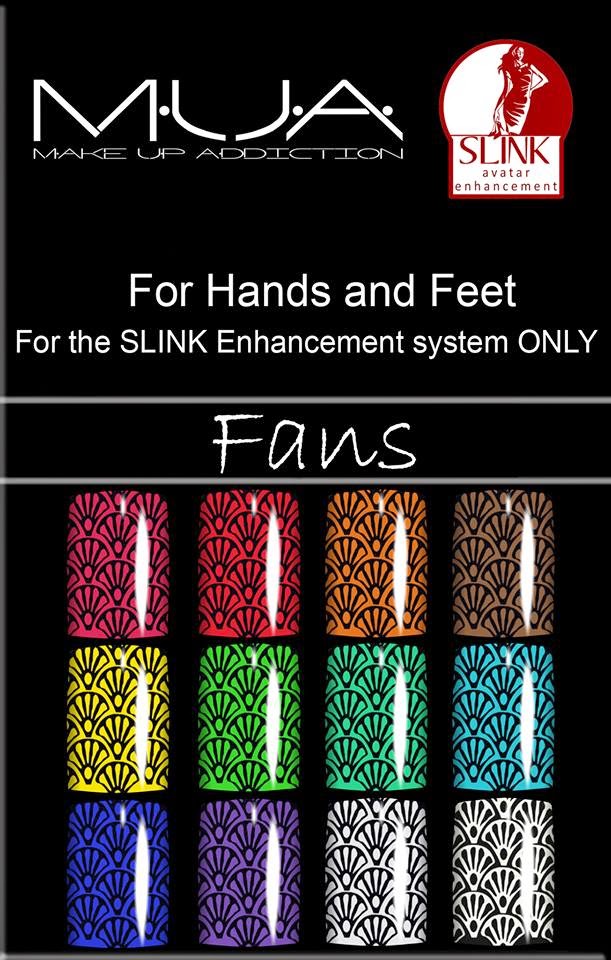 Nails: Fans in red by M.U.A. (For hands and feet; for the slink enhancement system only)

Posted by Serenity at 16:53 No comments: 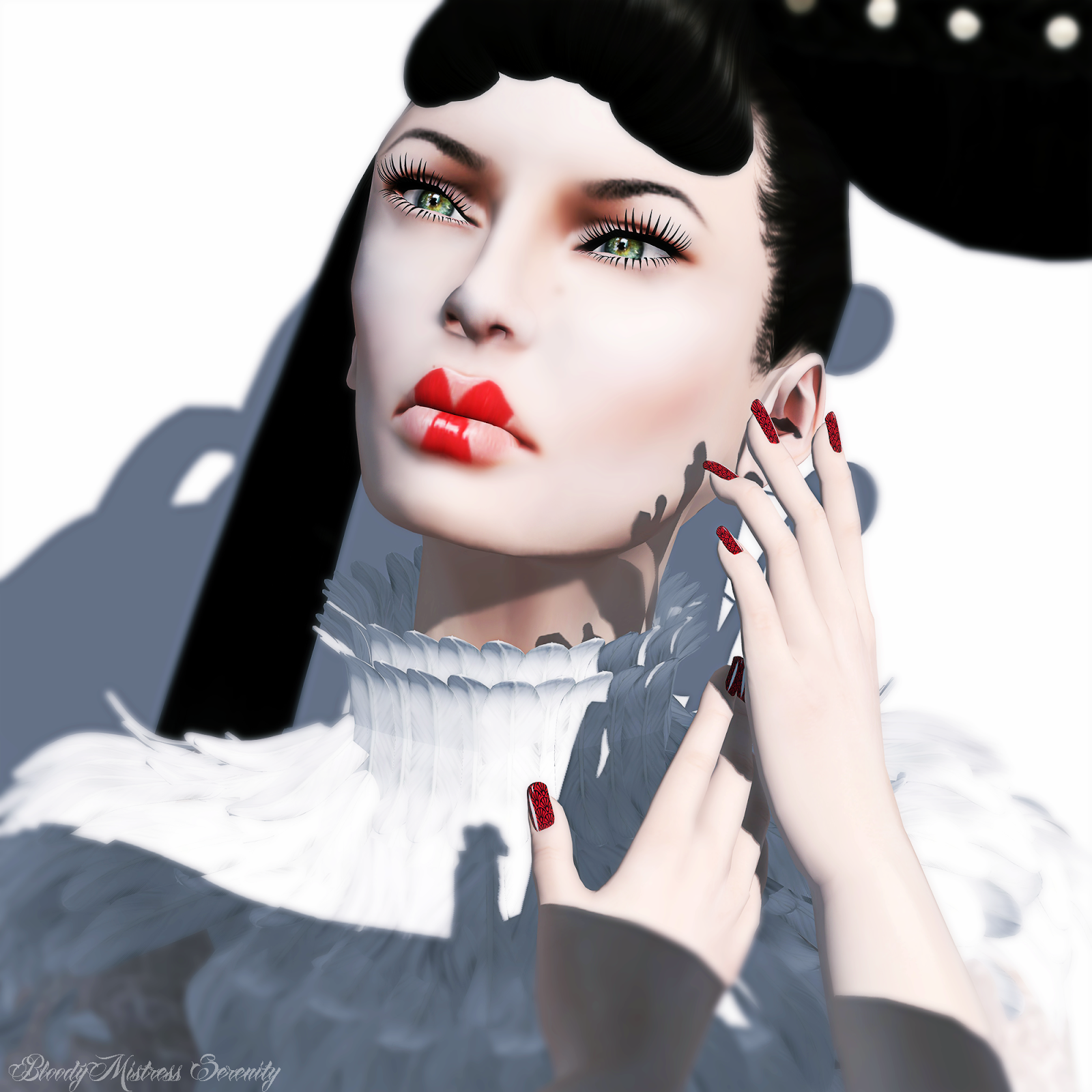 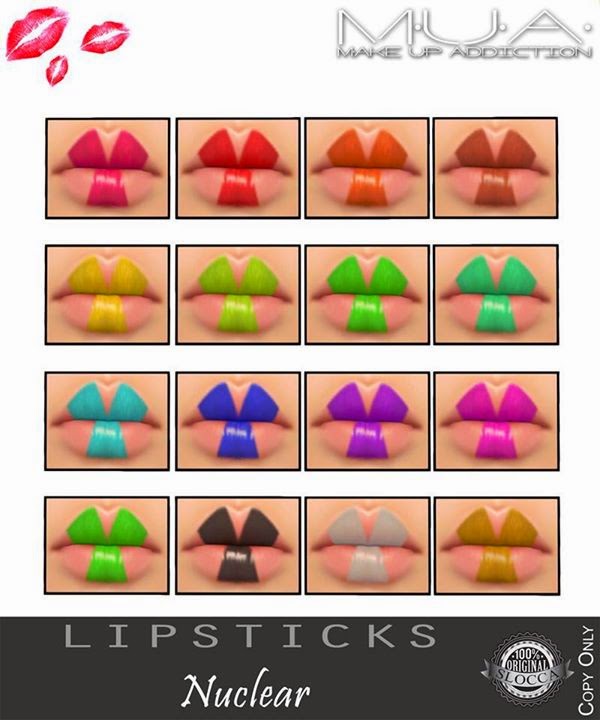 Lipstick: Nuclear red by M.U.A.
Nails: Fans in red by M.U.A. (For hands and feet; for the slink enhancement system only)

Posted by Serenity at 16:47 No comments: